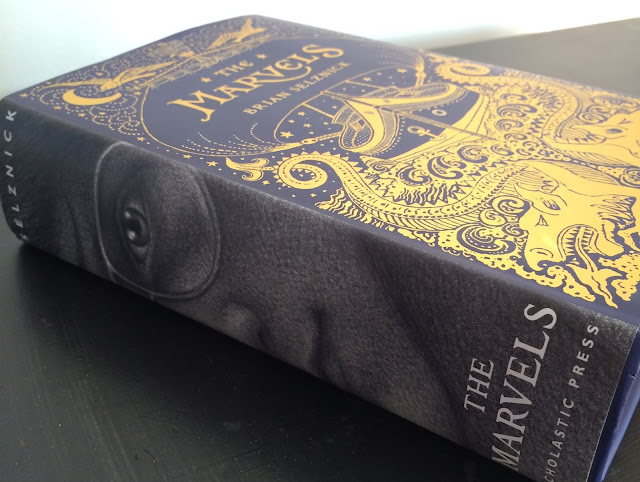 Last week I received in the mail the most wonderful gift!  It was actually a gift I had ordered for myself and forgot about...don't you love those:)  It is the latest book by Brian Selznick called "The Marvels".  I ordered it during the summer before it was printed, and Amazon sent it to me as soon as it became available.  I have been savoring this book all week, trying not to go through it too fast!  But I wanted to share it with you all in case you hadn't heard about it.

Brian Selznik is the author of many picture books including The Doll People series, Frindle, The Wonderful Invention of Hugo Cabret, and Wonderstruck.  He was already a successful illustrator, but I would say it was when he illustrated Hugo Cabret that he set him apart as an illustrator and storyteller.  He adopted a style that, he says, was inspired by the old black and white films.  They had to rely on only visuals to tell the story since there was no sound and only a frame or two of text to communicate the full story.  Brian Selznik imitated this format in his Hugo Cabret story with huge sections of the story being told by pencil illustrations and text intermittently inserted throughout.  It was a instant success.  When I discovered Hugo I totally fell in love!  His newest work, "The Marvels" is done in a similar format and that's why I wanted you to see it.  A synopsis of the book from Brian's website is as follows:

"The journey begins on a ship at sea, with a boy named Billy Marvel. He survives a devastating shipwreck and later finds work in a London theatre. There his family flourishes for generations as brilliant actors until young Leontes Marvel abandons the stage and runs away.


A century later, Joseph Jervis, another runaway, seeks refuge with an uncle in London. Stormy Uncle Albert and his strange but beautiful house, with its ships and theater programs, haunting portraits and ghostly presences, lure Joseph on a search for clues about the house, and his own life.As readers piece together the mystery of how the two narratives connect, they will be swept up in a gripping adventure that is also a moving exploration of our need to belong and to tell stories."

Here is also a wonderful video that Brian himself put together to preview the book.  You should definitely watch it!  It is so artistic and such an inspiration!

Brian Selznik studied at the Rhode Island School of Design and after he graduated from college he worked at Eeyore’s Books for Children in New York City.  He says he learned all about children’s books from his boss Steve Geck who is now an editor of children’s books at Greenwillow.  His first book, The Houdini Box, which he both wrote and illustrated, was published in 1991 while he was still working at the bookstore.  I don't have that one yet....need to order it:)  Since then, he have illustrated many books for children.  I first discovered him when I bought the Doll People series of books.  His classic pencil drawings are what drew me in, but it's his storytelling that kept me hooked.  Below are a few pages from "The Marvels". 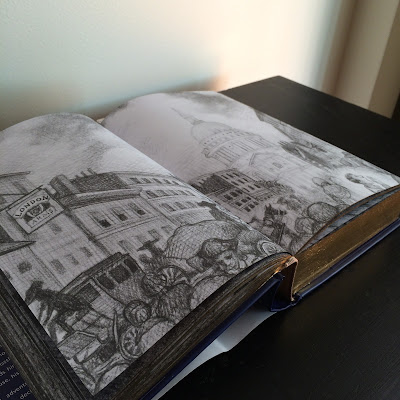 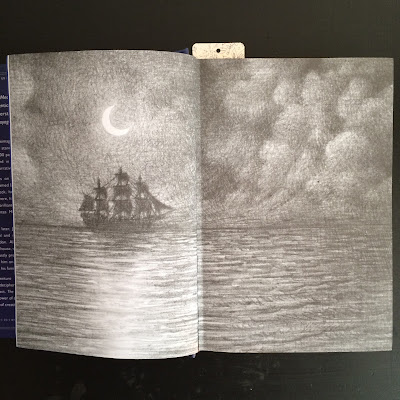 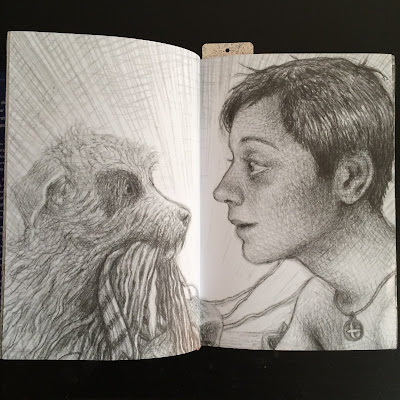 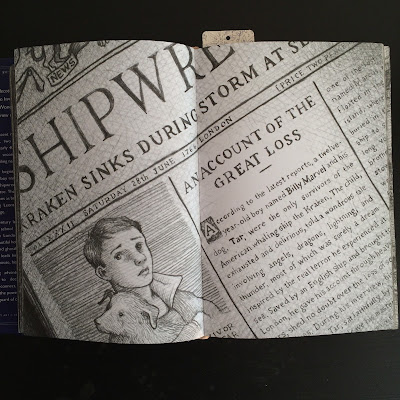 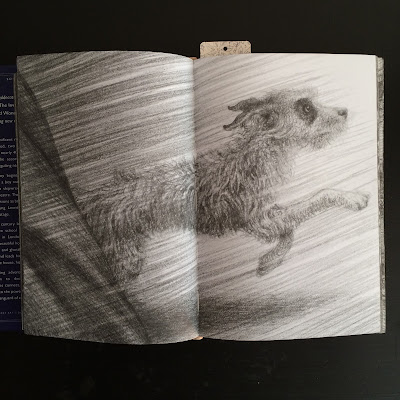 What I admire the most about Brian Selznik and his work is that he is a wonderful storyteller!  He uses his unique pencil drawing technique and a variation of values to lead the readers eye to the most important story telling elements in each frame.  Not only are his compositions detailed and engaging, but their format enhances the ability of the reader to see the story unfold before them picture after picture.  Sometimes he will take 5 or 6 full page illustrations to tell a single moment in the story.  The page turning experience of this book is wonderfully paced and gives the story a wonderful rhythm.   Additionally he does a stellar job with his character development.   In "The Marvels" he has so many characters to develop and draw consistently as he tells a story that moves across four generations with many of the characters aging from infancy to old age.  His attention to detail and consistency in developing these characters helps the reader to instantly recognize each character even as they age and are sometimes brought back into the story many years later.  In my mind he has definitely set a very high bar for visual storytelling and one that inspires me to improve my own visual storytelling.

When I was in New York City a few years ago I stopped into the Society of Illustrators and saw an exhibit of original children's picture book artwork.  Brian's work was there and I was blown away when I saw the originals from Wonderstruck!  They were so detailed and so small!  Actually much smaller than the printed pages, which is unusual since many artists will work larger than the finished format.  But his drawings are so well done that they can be enlarged and not lose detail.  It was a wonderful discovery for me and I have been inspired ever since:)
In case you are interested in reading more here is a link to a USA Today Review and if you are like me and need to own your own copy here is a link to Amazon so you can order it too!

I hope you enjoyed this introduction to "The Marvels".  Let me know in the comments what you think of Brian Selznik's work and "The Marvels".

Posted by Heather Lynn Harris at 9:30 AM 3 comments:

A child has no trouble believing.....

A child has no trouble believing the unbelievable, nor does the genius or the madman. It’s only you and I, with our big brains and our tiny hearts, who doubt and overthink and hesitate. 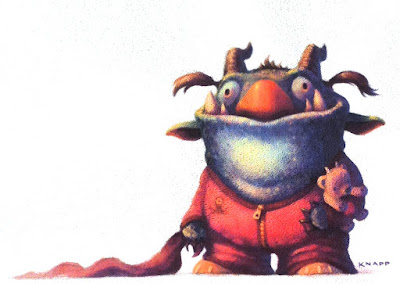