Three little bears in a dumpster!

Have you seen this adorable video?  Three little bears are rescued from being trapped in a dumpster while the mommy bear watches.  Thank you to those kind people who rescued those little bears!


Well, I thought about the person who discovered that the little bears were trapped in the dumpster and what they must have seen when they looked in...here is a quick little painting of what I thought it might have looked like:) 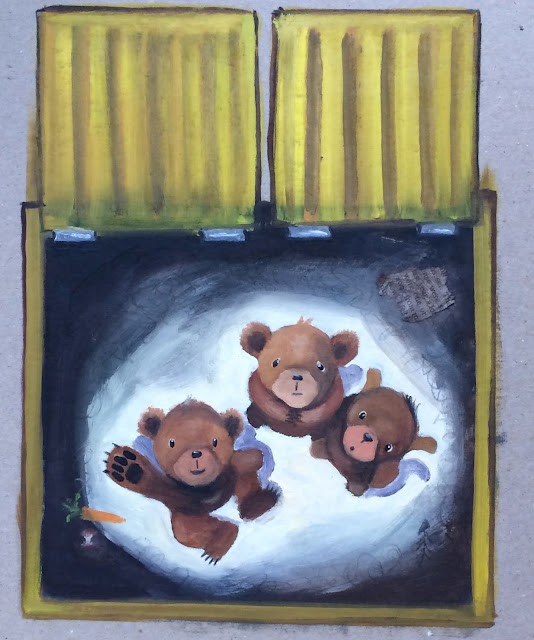 I had fun imagining this scenario and wished I could have peeked in and seen those bears!  What do you think?  Did I capture what they might have seen?  Maybe there is a picture book story here...I'd love to hear what you think:)  Feel free to comment below. 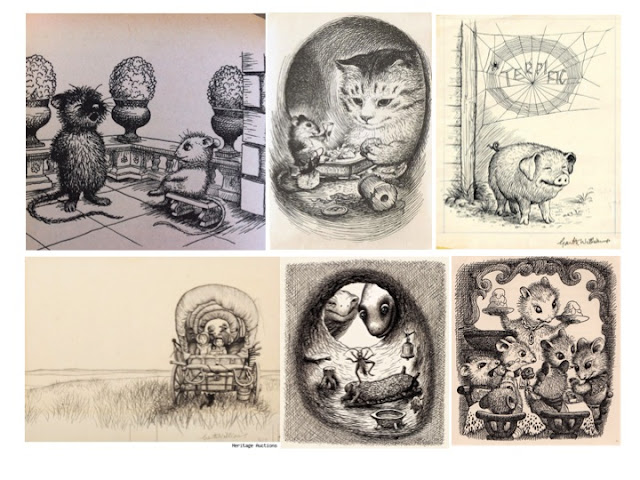 So it's time for me to tell you about another favorite illustrator of mine, and probably yours.  When I think of Garth Williams I think of my childhood and reading his books in the tiny bedroom of my childhood home.  I read every single one of the "Rescuers" books multiple times.  I read them for the illustrations because I loved Garth Williams pen and ink drawings.  I would copy those drawings over and over again.  Bernard and Bianca were brought to life for me by those drawings.  And their adventures took me to new places.  I knew when I read a description of a predicament that they found themselves in, Garth Williams' drawing would portray it perfectly.  I remember a description of Bernard and Bianca escaping the Black Castle through a small opening that lead to a gushing stream outside.  It was a detailed description, but I couldn't quite picture it in my mind.  Then I turned the page and the illustration showed it perfectly.  It made my enjoyment of the book complete.  I remember staring at the picture below and being amazed at how he crafted the details of a little girls face with just hatches of line.  I think it was the first time I came to appreciate the power of value.

And of course my favorite book of his was "The Cricket In Times Square".  The little world that he created for Tucker the mouse, Harry the cat, and Chester the cricket in the subway enthralled me.  Tiny matchbox beds and thimble tables.  I loved every drawing! I often copied the drawings trying to get his pen and ink style.  It was my exposure to Garth Williams' drawings that made me fall in love with drawing as a child and made me want to be an artist.  I loved that he created these magical worlds where adorable creatures lived and had these memorable adventures.  His work touched both the artist and the adventurer in me and has influenced me to this day. 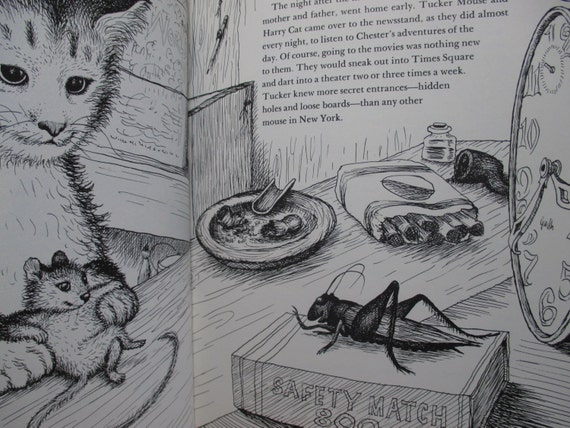 Garth Williams was born in New York City to artist parents.  Like many great artists he studied art in Europe when his parents moved to England.  He studied architecture and then switched to painting and sculpture.  He graduated from the Royal Academy of Art and served briefly as the headmaster of the Luton Art School outside of London before resigning to immerse himself in art.  When he returned to the United States, he tried to become a cartoonist for The New Yorker, but his work was rejected because it was considered too wild and European.  Isn't that funny!  His work was considered too wild?  I wonder what he showed them!

He eventually found an opportunity at Haper and Row when a manuscript for a children's book came in.  It was E.B. White's "Stuart Little".  I guess he wasn't too wild for children:)  That was the beginning of a long and successful career as a children's book illustrator for Garth Williams.  And while his illustrations were the reason for the success of such books as "Stuart Little," "Charlotte's Web," and "Cricket In Times Square" at the time of their success he was often not credited.

For me, almost all of Garth Williams work sits on my bookshelf.  He is frequently a "go to" resource for me when I want inspiration.  He captures a sense of innocence and wonderment in his illustrations that I want to develop in my own work.  He has not been with us since 1996 when he passed away, but his art has left a permanent mark on me and maybe on you too.

What is your fondest memory of Garth Williams work?  Leave me a comment below.

Posted by Heather Lynn Harris at 9:26 AM No comments: