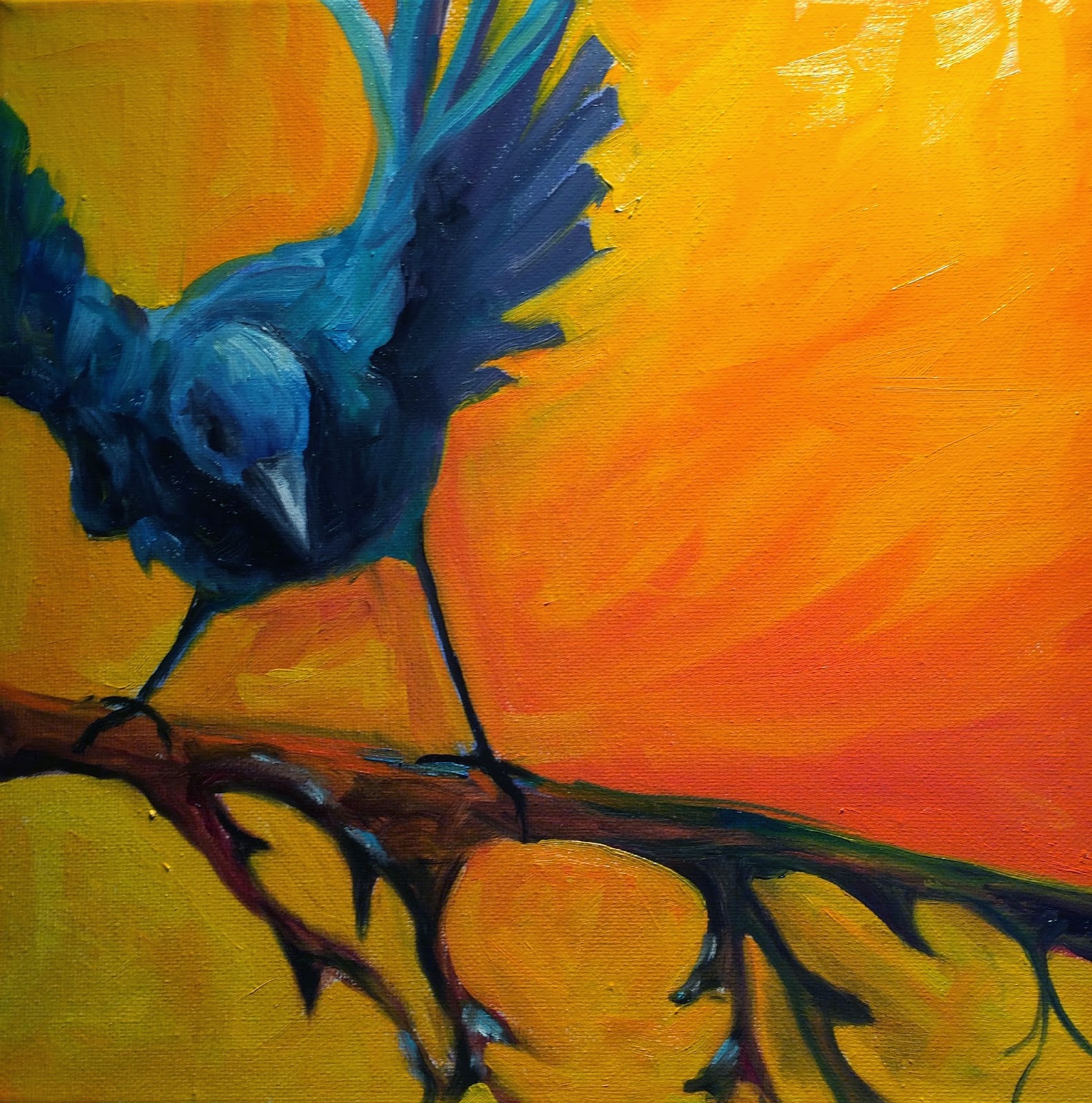 For the picture book I am working on I have included a raven as a character.  In preparing my character studies, my professor suggested I study ravens a bit so I can understand their shape, coloration and character.  I did a lot of internet research on all kinds of image sites and found many pictures of ravens. They have a very distinctive shape and I was intrigued with this.  They are also portrayed a lot in artwork, and are revered by many cultures and people groups.

Here is a list of roles of the raven from the blog http://www.scavengerart.com/raven.html


Since man’s earliest history the Raven and Crow have held a high and honored position in our mythology and spirituality.
The Norse God Odin had two ravens, “Thought” and “Memory”, which he would send to fly around the world each day so they could report back to him events as they unfolded.
Native American tradition holds the Raven~Crow as the courier of energy flow that brings about change and creates new realities. The raven, being black, is associated for them with the “void” from which all energy flows.
Northwest coastal tribes believed Raven was the creator of the Heavens, the Earth and the Sea. It was he who brought forth the light and lifted us out of the darkness. He was very wise but he was also known to be a “trickster”.
Posted by Heather Lynn Harris at 9:00 AM No comments: 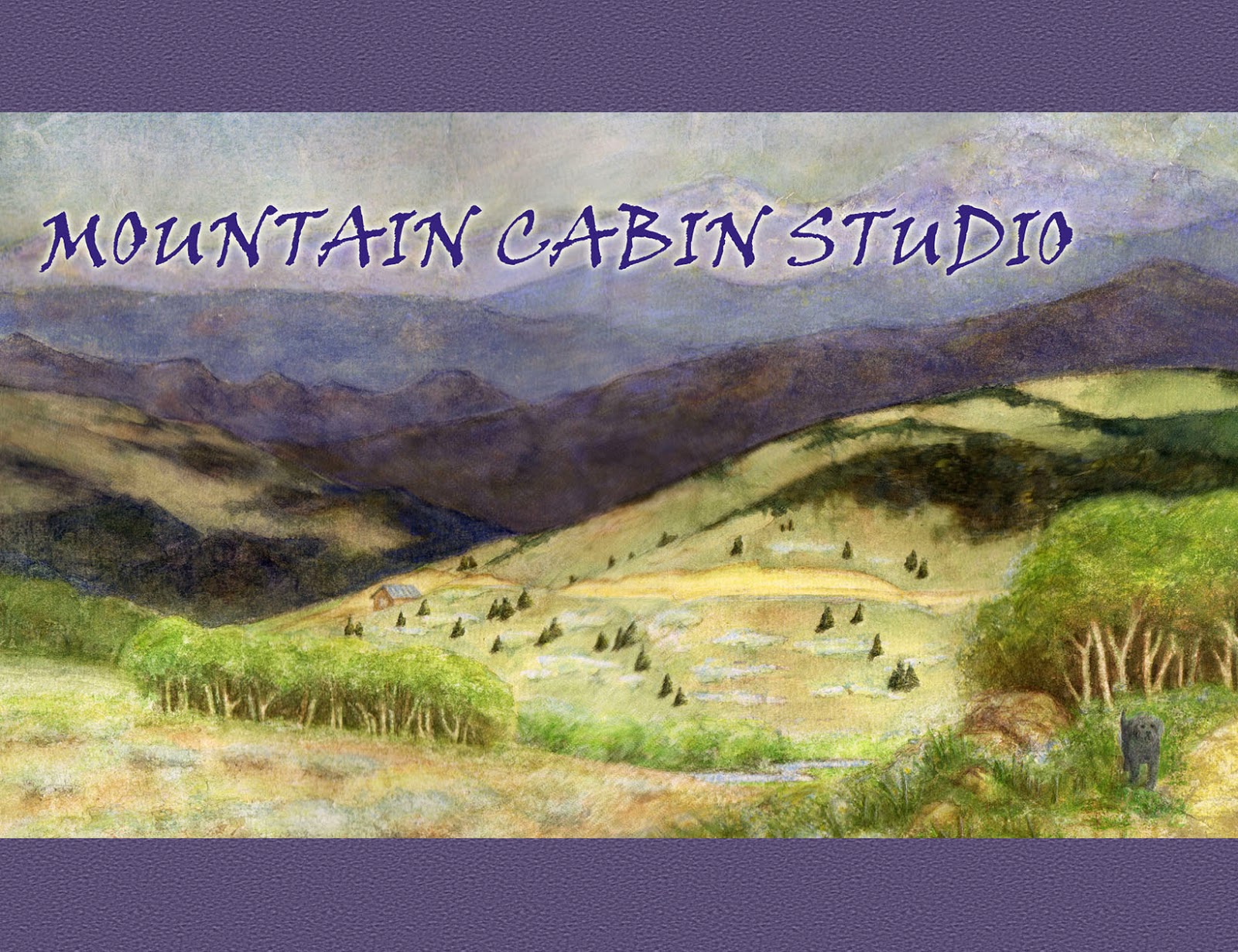 Local artist and my friend Sherida Holland embraces the digital age as she seeks to use crowd funding and her original art to save her family’s historic log cabin in Montana for future generations and artists retreats.  She recently returned to Melrose, Montana to find the 133 year old cabin boarded up and in bad disrepair.  She had always imagined the cabin being around not only for her own grandchildren, but also for other artists who might like to retreat there to take in the beauty of nature and be inspired by the bounty of Montana.

Sherida has the skills to create new floor plans and renderings of a revitalized cabin, but she lacked the funding to save the cabin. Thus was born the idea of using crowd funding (the practice of funding a project or venture by raising many small amounts of money from a large number of people, typically via the Internet) to raise the necessary capital to restore the cabin and turn it into an art retreat where she could share her Montana “slice of heaven” with others.

Her campaign, with perks of her art painted in Montana, and future stays at the cabin, launches today!  Please check out her site which has all the details of her campaign plus pictures of her wonderful art that she is giving away as her perks.

mountaincabinstudio.com
Posted by Heather Lynn Harris at 7:06 AM No comments:

Continuing with my coverage of my favorite illustrators in no particular order, today I am covering Michael Knapp.  I discovered Michael Knapp and his work through another artist by the name of Robert Mackenzie.  On his blog Robert Mackenzie talked about a collaborative project he was involved in called "Out of Picture".  It was a production by Blue Sky Studios and the many concept artists and illustrators that work there.  They spent their spare time putting together individual stories that were rattling around in their heads and they never got the chance to illustrate.  Then they assembled all the work into a book and published it!  I went on Amazon and found it and fell in love….and also discovered Michael Knapp's work among them.

He is a concept artist who also develops wonderful characters.  Here are a few samples of his work 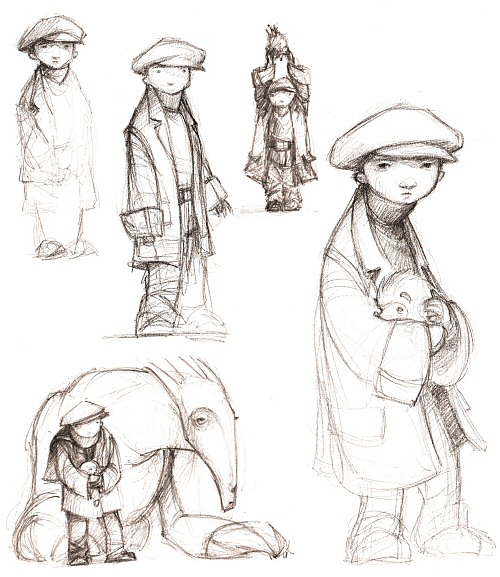 I really like his quirky style and his line quality in his concept drawings.  He works in full color, but I find his black and white work my favorite because of his value patterns.  I also like how he handles the graphite medium and how he uses variations in the value of the graphite to lead the viewer through his compositions.  He also has a wonderful visual story telling ability that needs no words.  I like to study his work hoping to learn some of his techniques myself:)

Michael Knapp has a blog that I like to explore to see what he is upto and what other projects he is or has worked on.  You can click here to go to it.  His last project was Sketchtravel which you should definitely check out!  You can click here for an animated short about the project.   The website for Sketchtravel is http://www.sketchtravel.com.  I bought the Sketchtravel book and was so inspired by it. The last image I posted above was Micheal Knapp's contribution to Sketchtravel.  So I hope you have enjoyed learning about Michael Knapp and check out his work on his blog.  I'll be back in a few with another one of my favorite illustrators:)